Software engineers from big tech firms like Google, Amazon, Microsoft, and Meta are paying at least $75,000 to get 3 inches taller, a leg-lengthening surgeon says 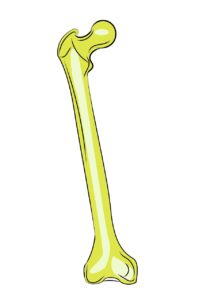 A Las Vegas cosmetic surgeon who specializes in leg-lengthening procedures that can extend people’s height by 3 to 6 inches told GQ magazine that many of his patients are tech workers.

Kevin Debiparshad founded LimbplastX Institute in 2016, and the clinic’s business has boomed during the pandemic, he told GQ.

Here’s how it works: The doctor breaks the patients’ femurs, or thigh bones, and inserts metal nails into them that can be adjusted. The nails are extended a tiny bit every day for three months with a magnetic remote control, GQ reported.

It can take months to slowly lengthen the bones and for the legs to heal. One software engineer told GQ he spent the first three months after his surgery alone in his apartment and ordered delivery food during that time to go from 5-foot-6 to 5-foot-9.

The common denominator of Debiparshad’s client base is that they’re wealthy, but they vary by profession: GQ reported that he’d treated CEOs, actors, and finance employees. And a bevy of high-earning tech workers — mostly men but some women — have come to him for the procedure.

“I joke that I could open a tech company,” Debiparshad told GQ. “I got, like, 20 software engineers doing this procedure right now who are here in Vegas. There was a girl yesterday from PayPal. I’ve got patients from Google, Amazon, Facebook, Microsoft. I’ve had multiple patients from Microsoft.”

The surgeon said he didn’t recommend the procedure for athletes since it could decrease their ability, and many of the patients GQ spoke to said they didn’t tell people they had the procedure done.

The stigma around plastic surgery for men has begun to fall away in recent years. Cosmetic procedures performed on men went up 325% from 1997 to 2015, according to the American Society for Aesthetic Plastic Surgery.

And within Silicon Valley, plastic surgery has increasingly become a way for male tech workers to reach their physical goals in recent years.

The Washington Post reported in January 2020 that men were turning to Botox, fillers, laser treatments, and techniques meant to stimulate collagen in an effort to get ahead in their careers.