The 3 Worst Spots to Put a Home Security Camera 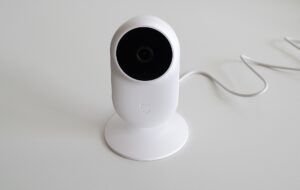 Security cameras are one of the simplest ways to deter would-be burglars and protect your home. With the help of a few well-placed cameras, you can easily keep a remote eye on most of your home and property. And with more affordable options on the market and improvements in wireless technology, it’s now possible for just about anyone to set up a wired or wireless security camera system that fits your home’s needs and budget.

But it’s also possible to set up a home camera security systemthe wrong way. The last thing that you want to do is place a camera in a spot where it is rendered ineffective and find out too late that its footage is useless. This guide will steer you away from camera placements to avoid and help you establish a more effective home security camera system. For more on home security, check out the best security camera deals and how to keep your security cameras from being hacked.

You might be tempted to point cameras at the spots around your home that are difficult to see. There is an intuitive reason for this: If you can’t see a location from your windows or doors, it feels possible that someone might be lurking there. You might think these hidden areas are a burglar’s preferred place to break and enter.

But the fact is, most burglars enter a home through the most obvious paths. According to data collected by security company ADT, 34% of burglars enter through the front door and 22% use a first-floor window. You might imagine that these are spaces where your eyes or your neighbors can spot any malicious activity, but they are also the most used-routes for break-ins. Pointing a camera at these spaces can deter a potential break-in and can help identify anyone who attempts to get in.

Placing a security camera in a side alley or the back of your home might seem like it will catch someone sneaking around, but it’s more likely to miss the action that you intend to catch on camera.

This might sound like a no-brainer, but camera obstructions aren’t always so obvious. Outdoors, this might mean allowing space for tree branches to swing in the wind. Be careful of quick-growing plants that will require you to move your camera every year or two.

Consider your camera’s range of view inside, too. Will your camera see everything you want it to when interior doors are opened and closed? You’ll also want to avoid placing the camera in a spot where a pet might interact with it. If you place it on a shelf, will your cat knock it off? Will an energetic dog barreling through the house send it tumbling or adjust its angle? Find a spot that has good views of the space you want to watch and is also unlikely to be bumped by you, a guest or your four-legged friend.

While you want your security camera to protect your home, the last thing that you want it to do in infringe upon the safety of others. For that reason, it’s important to consider privacy concerns surrounding your camera’s placement. Do not place a security camera in a bathroom or bedroom. No matter what your intentions are with this camera, it runs the risk of putting anyone caught on camera in an uncomfortable position and could put you in legal trouble for doing so.

Likewise, you’ll want to consider where your camera is pointed outside. For the most part security cameras are allowed to capture public spaces like the sidewalk or street that runs past your home. However, you cannot point a security camera toward a private place that is not part of your property. You may also want to clear the placement of your camera with your neighbors if you think it may capture their home or activity.

As a general rule, make sure that your security cameras are pointed at the areas of your home that matter most to you. You want to keep an eye on who is approaching your home and be aware if anyone tries to enter it. The camera is there to provide a sense of security and serve as a tool to keep you and your home safe. Make sure that your cameras aren’t located in places that will render them ineffective, or worse, actually undermine your security.

For more, read up on other home security mistakes you can make. Learn how to stop porch pirates, reduce the risk of car break ins and what you should keep in a safe.