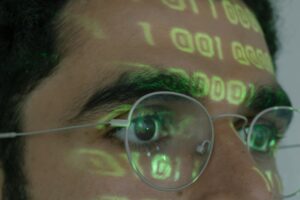 Agencies have until Monday to mitigate vulnerabilities in five products from VMware that permit attackers to have deep access without the need to authenticate.

“These vulnerabilities pose an unacceptable risk to federal network security,” said CISA Director Jen Easterly in a release. “CISA has issued this Emergency Directive to ensure that federal civilian agencies take urgent action to protect their networks. We also strongly urge every organization — large and small — to follow the federal government’s lead and take similar steps to safeguard their networks.”

CISA said VMware first discovered new vulnerabilities in April and released patches, but these are new ones that agencies need to mitigate immediately. CISA said the new cyber exposures are “a server-side template injection that may result in remote code execution; escalate privileges to ‘root;’ and obtain administrative access without the need to authenticate.”

VMware called the vulnerability “critical” in a posting on its website, giving it a score of 9.8 out of 10.

VMware issued patches for the new vulnerabilities today as well.

“When a security researcher finds a vulnerability it often draws the attention of other security researchers, who bring different perspectives and experience to the research. VMware recognizes that additional patches are inconvenient for IT staff, but we balance that concern with a commitment to transparency, keeping our customers informed and ahead of potential attacks,” the company wrote in a blog post.

CISA is asking agencies to report back to them by May 24 using the Cyberscope tool on the status of their patching efforts.

This is the 10th emergency directive CISA has issued since January 2019 and the second one this fiscal year. It released the first one in December for agencies to patch the Log4J vulnerability.

Over the last few months, CISA has tried to shift away from issuing emergency directives. Instead, it issued a binding operational directive in November requiring agencies to patch all known vulnerabilities for hardware and software on the CISA-managed catalog in 90 days or less for new exposures and six months for existing ones from 2017 to 2020.

In this latest emergency directive, however, CISA believed the vulnerability to agency systems was so dire that it requires immediate action.