It’s a lesson in platform responsibility. 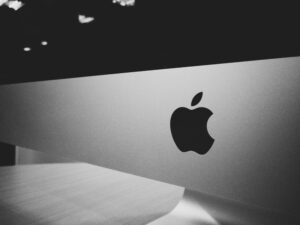 Apple’s AirTag trackers are one of the most useful, yet controversial products the company has introduced in a long time. They’re great for sticking in or on things you might lose, like your keys, for example. I have several, and they’re great. I don’t tend to lose things, but there have been a few times when they give me extra peace of mind, knowing that my backpack isn’t going to accidentally disappear.

The problem is that, simply put, AirTags work too well. Everything about them is perfect for something you want to track. They’re small, they’re very accurate, and they exist in an ecosystem of a billion iPhones capable of transmitting their location back to you.

As a result, they’re also ripe for abuse. A New York Times article this week demonstrated just how easy it is to track someone using an AirTag. That might not seem like a problem if you’re talking about your son riding his bike, but it gets problematic quickly when you think about the nefarious possibilities.

Last week, Apple announced a series of steps it’s taking to make it easier to locate an AirTag that may have been placed on you, or your property by someone else. For example, you’ll now be able to use Precision Finding to exactly locate a nearby AirTag that doesn’t belong to you. Most interesting, however, is what it had to say to its own customers should they choose to use it for nefarious purposes:

Every AirTag has a unique serial number, and paired AirTags are associated with an Apple ID. Apple can provide the paired account details in response to a subpoena or valid request from law enforcement. We have successfully partnered with them on cases where information we provided has been used to trace an AirTag back to the perpetrator, who was then apprehended and charged.

You might argue that it’s not particularly nice for a company to be so frank with its customers, but that’s exactly Apple’s response–if you use our product to do something blatantly illegal, we won’t hesitate to provide your identity to law enforcement. The company is making it clear that if you use AirTags to track or stalk someone, don’t expect Apple to give you safe haven.

Apple clearly feels a deep sense of responsibility for the technology it built. Its Find My network is by far the most useful consumer-focused service for locating devices or other lost items. One of the main reasons it’s so effective is that it uses the more than one billion iPhones in active use as beacons to help locate lost items. The integration with the operating system on your device means it also happens to be incredibly simple to use. That simplicity and integration also mean it’s easy to abuse.

In that sense, it’s actually refreshing that Apple doesn’t view itself as simply a neutral platform developer. It understands that you’re responsible for what you build–even if you have the best of intentions, and would never abuse it yourself. If others take the thing you built and use it to do harm, it may not be your fault, but it very much is your problem.

In fact, Apple made AirTags slightly less useful with these changes. If someone were to steal your property with an AirTag attached, they would be notified of its presence, making it more likely they’d be able to remove it. That would obviously make it harder for you to find whatever it is they stole.

In that sense, AirTags lost a feature that many users may have had in mind when they bought one–the ability to find things that might get taken, like a bike, for example. That’s a trade-off the company was willing to make for the sake of protecting people who might be subject to abuse.

It’s actually an interesting contrast to the way many companies respond when faced with the reality of how people use their platforms. Time and time again, we see platform owners deflect responsibility for the way people use what they’ve built. We’ve even seen companies like Facebook make calculated business decisions against making changes when they might affect things like engagement–which affects the company’s bottom line.

Apple, on the other hand, seems to recognize that it is accountable for the things it builds and releases into the world. The truth is, so are we all. If you build a product or create a service, it’s almost impossible to imagine all of the ways–good or bad–that product might be used. Once you know, however, you’re no longer neutral. You are accountable.