Two Times Opinion writers answer readers’ questions on their investigation into how companies track smartphone users and profit off their data.

The New York Times Opinion desk published an investigation last week into the location data industry, showing how companies quietly collect and profit off the precise movements of smartphone users. The investigation, One Nation, Tracked, explored the dangers that location tracking poses and argued for more regulation around these modern technologies.

We invited our readers to ask the writers behind the investigation, Stuart A. Thompson and Charlie Warzel, questions about smartphone tracking. We heard from more than 1,100; here is a selection, lightly edited.

Why should I care?

As one of the youngest millennials, it’s hard for me to not look at this matter with apathy, since it has been a part of my digital life as long as I have had such a life. What would you say to someone who considers themselves normal and boring — no one to stalk them, doesn’t have enough money to be influenced by location-based advertising, etc.? Why should such a person care about this?
— Emily Loof, Colorado Springs

We’ve heard this a lot throughout the Privacy Project — even from people we found in the data after we showed up on their doorstep! We get it. Many of us have nothing to hide and don’t consider ourselves that important. But what about people who do have some private part of their lives or want more privacy?

None of us really has a choice to participate in tracking or not — the system just serves up location data, usually without us noticing. So for people who do want a bit of privacy — worshipers, young people visiting Planned Parenthood, those visiting a queer space, survivors hiding from an abuser — they no longer have a real choice about their privacy. Because the tracking touches everyone, can we really give up after concluding it’s fine for us? When we participate in this system, we’re tacitly endorsing it.

There’s a great piece we urge everyone to read about how privacy is a collective concern. It really opened our eyes, and perhaps it will for you, too.

The other, more direct answer is that while you don’t care now, you might in the future. Once your location is collected, you’ll never get it back — you’ll never know where it’s gone, who’s bought it, who’s looked at it. What if new scandals give you fresh concern? What if you rose to a position of importance or prominence later? If our data simply leaked online for everyone to see, it could ruin relationships, people could be fired, and so on.

You don’t need to be so concerned today that you throw your phone in the lake. But you can have just enough concern to ask that basic laws get passed to protect people who need protecting from a largely unregulated industry.

What’s the worst that could happen?

What is the worst deployment of this type of information in your mind?
— Alex Linne, Boston

Your imagination can run wild with possibilities. It runs from tracking kids to tracking the nation’s top security officials and using the intelligence for some kind of blackmail.

For us, it was talking to one group that was so concerned they didn’t want to be named. We expected them to be worried, but in conversations with them, they were downright scared. When we showed them all the device pings collected in the center of their building during a gathering, they were horrified that people could know exactly who and how many people were in the building and when. The idea that their community members were followed in the data and we could figure out where they all lived — it wasn’t an abstract threat anymore. It was real and personal for them, especially since they felt like a target already.

What needs to be done?

How can we stop these companies from tracking us without our permission if they’re unaccountable?
— Lia Russell, San Francisco

For years we’ve lived with the legislative idea of notice and consent. Give people notice (like a long privacy policy) and ask them to consent (like through a pop-up window asking them to share location). Ta-da, you’ve passed all real legal requirements.

But what we’ve seen is that people can’t be expected to wade through privacy policies (written for lawyers and by lawyers). They also can’t really judge the risks when they consent in a single pop-up window on their phone right when they want to use an app. Notice and consent puts the burden on users to make really important decisions without enough information.

What we need are stricter laws controlling what companies can do with the data. A good example from Europe’s privacy law is called “purpose limitation,” which means companies can only use the data for the reason they give. So if they want your location to give you weather alerts, they can’t sell the data to hedge funds. Those kinds of limits put the burden on companies — where it belongs.

Similarly, it’s far too easy for companies to hide behind loopholes. Location data is technically anonymous, so companies can claim it’s not “personally identifiable information.” But, as our investigation found, it can be extremely easy to deanonymize it. So cracking down on these companies and forcing them to correctly categorize anonymized location data is a good step.

It seems like the fix is not to try to stop the tracking but to spam the trackers with an overwhelming amount of bad, deliberately misleading location data so that there’s no longer any value in collecting it. Can apps be written to hide our actual locations in a huge pile of junk location data?
— John from Los Angeles

This is a novel idea! We hope the government finds a fix that puts guardrails on companies so we don’t need every smartphone user to install some kind of jamming signal on their phone. That might be great for tech-savvy users who are aware of this kind of tracking. But most people aren’t. The burden should be on companies not to abuse the data, not on smartphone owners who are just trying to live their lives.

Are there ways this can help us?

While this info is dangerous, it seems like it could be useful in the right hands. I’m wondering why police forces haven’t bought this data to use it to solve crimes based on who was in the crime location at the right time.
— Catherine Collins, Boston

The government can request the data with a warrant, and authorities have done so. Work by our colleagues revealed that Google has provided law enforcement with location data to help solve crimes.

Researchers who’ve worked with the data also say it has a lot of utility for studying demographics and traffic patterns, and has other city-planning use cases.

Of course, there’s always concern about data leakage when this information gets out into the real world. The Cambridge Analytica scandal was the result of data initially purposed for research circulating to outside groups. Given the sensitivity of this location data, research will have to be done responsibly.

How the tracking works

I currently only have my apps using location while using the apps, or not at all. Do they still track even when the apps are closed, and how can you know?
— Madison, St. Louis

If you only allow location-sharing when the app is open, apps cannot collect location data when they’re closed. But we have seen examples of apps being “turned on” for a type of location tracking called Bluetooth beacons. Quartz also found that Google could still track you using Bluetooth even when the setting was off.

Some apps also deduce your location information even when you choose not to share it. A few weeks ago Facebook explained to Congress that it uses context clues like I.P. addresses and tags in photos to figure out location for users who’ve disabled the feature.

If you don’t want an app to have your location, use Apple’s “only once” option, which forces apps to request it each time, making sure you know when it’s being shared.

I have a non-smart phone, with no apps. Can it still be tracked?
— Joy Levien, Seattle

Yes. While companies might not track you using apps, telecom companies can use your cell tower connection to track you all the same.

Can I be tracked when my phone is turned off?
— John Dubois, Kansas City

In most cases, no. Your phone needs to be turned on to send any signals that could be tracked. The Washington Post reported in 2013 that the N.S.A. had found a way to track phones that were switched off. But for the kind of tracking we’re talking about in this series, turning your phone off is enough.

What about The Times?

Most people understand when they turn location on in an app that the app will track their location. But do people understand the privacy policies of The New York Times? Personally, I find The Times tracking readers to be much more creepy than tracking people who are using a map app during a commute to work. A map app needs your location to get you from point A to point B. The Times doesn’t need to track its readers.
— J.B.

Did you inform the various individuals you tracked that their individual or professional phone numbers would be tracked?
— Ace, New Jersey

One point of clarification: The data didn’t contain phone numbers, or information like emails or names. We found people by using the data to identify their homes and workplaces and referencing other public information. If we then wanted to publish someone’s name, we first contacted that person and got permission. In one of our stories we traveled to Pasadena, Calif., to inform people we found in the most direct way possible, by showing up on their doorsteps.

Will you destroy this data after your reporting? Who else has access to this at The New York Times?
— Margarita Rodriguez, Delray Beach, Fla.

We believe the data is extremely sensitive and dangerous, so we will be destroying it at the conclusion of our reporting. 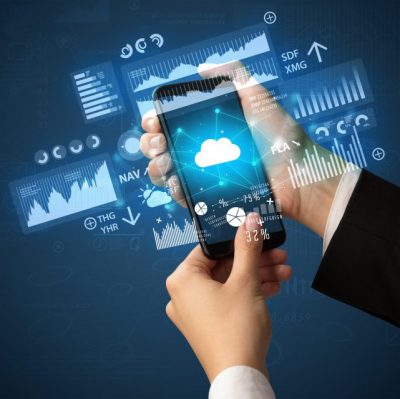