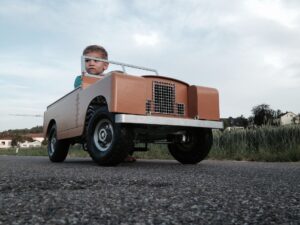 Why it matters: As Axios has reported, self-driving cars capture and store huge databases of images so that they can train their algorithms and become better drivers. What that means is that bystanders are often captured in the footage, raising privacy concerns.

Driving the news: The police use of AV footage as evidence came to light because of a public records request from VICE’s technology website, Motherboard.

A section titled “Investigations” advised officers of the AVs’ usefulness in collecting footage, saying that this “potential evidence” had been accessed several times already.

The other side: “The SFPD can unequivocally state that we do not use autonomous vehicles to surreptitiously surveil people in the City of San Francisco,” an agency spokesman told Axios by email.

What they’re saying: “Waymo captures data that’s relevant for training our tech, not to identify individuals,” a Waymo spokesman said.