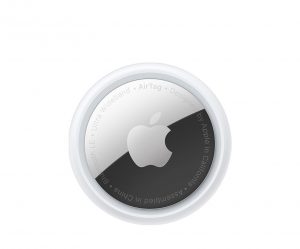 “Technology doesn’t cause abuse, but it can facilitate it,” Olsen said. “Abusive people will use any tactic they can to establish power and control so it’s not uncommon for someone to be misusing a number of technologies and perpetrating non-tech related abuse as well.”

Any time a new Internet of Things product is introduced, it’s going to raise some red flags, said Zarmeena Waseem, director of cybersecurity education at the National Cybersecurity Alliance. The release of a product like AirTags is in some ways similar to a new operating system, she added — Apple will find issues and then mitigate them in later updates, as we’ve already seen.

AirTags are different from stalkerware, or software that someone installs on your device without your knowledge or consent that transmits your private information — like your text messages, social media communications and your location — to their device. But using a device like an AirTag to monitor someone’s location could be a first stage of stalking, particularly if the abuser doesn’t have physical access to your phone or laptop, said Victor Chebyshev, lead security researcher on the Global Research and Analysis Team at security firm Kaspersky.

“We’re sure this will happen… anyone can be a victim,” Chebyshev said. “And the problem is that victims right now do not have an effective solution to this problem.”

While the new, earlier alert sent to iPhone users is a good step, the 24-hour period it could take is still too long, Chebyshev added. From a security perspective, it would be best to inform the user in a few hours, within a randomized timeframe after the AirTag is connected. (Apple didn’t immediately respond to a request for comment.)

How to protect yourself from being tracked by AirTags

If you believe your safety is at risk, Apple advises you to contact your local law enforcement, who can work with the company (you might need to provide the AirTag or its serial number). However, some victims may be unable to do this. Here are some other potential solutions for preventing someone from stalking you with an AirTag.

The most basic form of protection is to manually search yourself and your car for places where an AirTag may have been slipped — the pockets of your clothes or bags, or under cushions, for example. However, this isn’t the most effective, since AirTags are so small and can be easily hidden.

Try to narrow it down

If you suspect someone is using an AirTag or similar device to track you, you should consider what information they seem to know, and try to narrow down the items you have with you during those times, Olsen said. This can help you identify if something may be in your personal belongings, your car, or in your home.

Invest in a Bluetooth tracker

AirTags use Bluetooth signals to connect to Apple’s Find My network. You can use Bluetooth tracking apps to scan your area to see if an AirTag is nearby. While the apps won’t identify AirTags by name, they may help you see if there is an unknown device nearby. A couple options noted by Macworld include Bluetooth BLE Device Finder and BLE Scanner.

If you do locate an AirTag on you, there are two ways to find the AirTag’s serial number without alerting the owner.

If you have an iPhone, you can download Apple’s Find My app and hold the AirTag up to your device. Find the name of the AirTag and tap it. The serial number will appear under the name. Alternatively, you can tap and hold the top of your NFC-capable iPhone or Android phone to the white side of the AirTag, then tap the notification that appears. The webpage that opens will show the serial number. (You can also find it on the battery by removing it, but that will make it so the owner can’t see your location.) Again, this information can be helpful if you end up needing to go to law enforcement.

If you find an AirTag on you, you can easily disable it to stop sharing your location by twisting counter-clockwise on the back by the Apple logo and taking the battery out. The person on the other end will no longer be able to see your location.

However, if you do find out that you are being tracked, particularly by a current or former intimate partner, domestic violence experts recommend coming up with a safety plan and consulting with a domestic violence service before turning off the tracker.

Call for help if you can

If possible, contact the National Domestic Violence Hotline at 800-799-SAFE (7233) to learn more and get connected to local programs near you.

For more, read our guide on protecting your online privacy after a breakup, and what to do if you’re the target of stalkerware.