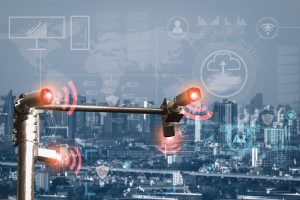 China already has the world’s largest surveillance network; it deploys over half of all surveillance cameras in use around the world. Now, a new report shows just how fast that system is expanding.

ChinaFile, which operates as a nonprofit organization and works with a network of China-focused analysts and researchers, published the stand-alone State of Surveillance report after reviewing 76,000 publicly available government procurement orders of surveillance technologies from 2004 to May 2020. The report provides a comprehensive look at the scale of China’s surveillance program; Beijing does not widely publicize such information through other means.

China’s facial recognition cameras and surveillance systems are now being used to conduct seemingly innocuous tasks, such as monitoring visitors at tourist sites and conducting security checks at airports, and for more invasive purposes, like predictive policing and helping carry out repressive policies. Authorities in the western province of Xinjiang, for example, have deployed widespread surveillance systems to collect facial recognition, smartphone, and other tracking data to monitor and detain members of the region’s minority Uighur population.

At the same time, local-level backlash to the new technologies is prompting legislation that may introduce new data privacy standards in a country with relatively few to speak of.

Multiple news reports in recent years have detailed how Beijing uses tech surveillance in Xinjiang to repress its Uighur population. But China’s efforts to track its citizens on a mass scale and introduce tech-enabled practices like predictive policing appear to have gone nationwide.

In Xiqiao, a city of roughly 300,000 in southern China, for example, officials have installed more than 1,400 video cameras and over 300 facial recognition cameras since 2006, ChinaFile found. The report said officials have blanketed most of the city’s public spaces with the cameras to address “the difficult problem of how to control people,” according to a government document obtained by ChinaFile.

Mass surveillance in lower-profile cities and territories reflects the 2018 launch of China’s Project Sharp Eyes, an ambitious attempt to equip 100% of Chinese public spaces—street corners, parks, train stations—with video-monitoring capabilities and amass the data into one central platform. China’s government says the project is aimed at improving public safety and security, but it’s seen outside China as a means for more state control.

Still, surveillance is not universally used in China. The country faces significant bureaucratic barriers in coordinating its surveillance and data-sharing efforts among city, provincial, and central-level authorities, the report found.

At least some Chinese citizens appear to be wary of the technological intrusion.

The proposed legislation follows a first-of-its-kind lawsuit over facial recognition technology filed in Hangzhou. In that case, Guo Bing, a professor at Hangzhou’s Zhejiang University, sued a local wildlife park after it tried to subject him to new, mandatory facial scans months after he had purchased a yearlong pass.

He claims the park violated his consumer rights when it failed to refund his ticket after he objected to the new policy. A park official told Chinese media that the policy was intended to make the experience more convenient for customers. The park later changed its policy to give customers the option of using a fingerprint registration system. Guo, however, does not appear to have dropped the lawsuit. He’s saidhis complaint is about challenging the “abuse of facial recognition technology” and not about a refund. As of Oct. 29, his case was still pending.

If the proposed legislation in Hangzhou passes, the law would be China’s first ban on the mandatory use of facial recognition technology on private citizens. Chinese state media, which often acts as a messaging tool for Beijing, suggests that it may become model legislation for cities across China.

The legislation may align with Chinese public opinion.

A December 2019 survey of 6,000 people by the Nandu Personal Information Protection Research Centre in Beijing found that 57% of respondents said they were concerned about their movements being tracked, and 74% said they would opt for analog identification methods over facial recognition.

China’s government may have already built the world’s largest mass surveillance system, but its citizens appear ready to impose some limits.

“…officials have blanketed most of the city’s public spaces with the cameras to address “the difficult problem of how to control people,”