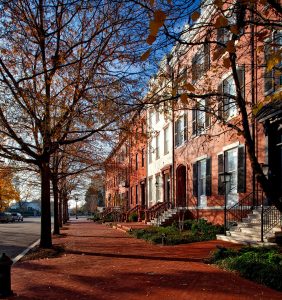 It promises connected convenience. But the ecommerce giant doesn’t exactly have an inspiring record when it comes to privacy.

AFTER MONTHS OF testing and delays, Amazon announced last Friday that it would finally launch Amazon Sidewalk on June 8: The new service will keep your Echo, Ring, and other Amazon devices connected to the internet, even if your internet service provider goes out. And as usual, your devices will be automatically enrolled in the program unless you opt out. Here are the potential benefits and the potential privacy issues to consider.

Amazon bills Sidewalk as “a new way to stay connected.” Simply put, it uses Amazon smart-home gear to create a series of mini mesh networks, meaning your devices can stay connected further away from your router, and even stay online when your Wi-Fi goes down.

To do this, Amazon uses Bluetooth and unused slices of the wireless spectrum, with Ring cameras and Echo speakers acting as the main bridges (actually called Sidewalk Bridges) to keep everything connected. For something to work with the network, it’s going to need to be compatible with the Sidewalk standard, so expect Amazon to make and market devices that meet that standard soon (for example, Tile is already on board. More on that in a moment.)

Even if your Ring camera is down at the end of the garden, out of reach of your main router, Sidewalk might be able to reach it through a device that’s closer. The network can’t carry much data at once, but these smart-home gadgets don’t necessarily need much bandwidth to stay online.

The potential range of the network is decent—up to half a mile depending on the setup—and Sidewalk is free for Amazon customers to use once they’ve bought the hardware. As an added bonus, it’ll speed up the process of adding new Amazon devices to your smart home, as your existing hardware will be able to lend a hand with Wi-Fi connections and configuration.

So far so tempting, but the more controversial part of Amazon Sidewalk is the way it shares some of your internet bandwidth with your neighbors (and gets some back in return), creating a much wider network of devices that can operate independently. If your internet goes down, your Ring camera can connect to the internet next door to keep sending you alerts, assuming both of you are set up with Sidewalk.

Likewise, if your neighbor’s internet goes down, their smart devices can temporarily connect to your router and the Sidewalk network you’ve created. If Amazon has its way, entire blocks will become Sidewalk networks, improving reliability and stability for all the smart devices contained inside them, and meaning that you’ll be able to unlock your smart door more easily from the other end of the street.

Tile trackers are also going to be Sidewalk-compatible starting June 14, which means they can report their location when they’re in range of any of these bespoke networks, not just your own—potentially very useful if your dog or your laptop goes missing outside of your own Wi-Fi network, but has a Tile tracker attached and can be located by one of the Sidewalk networks you’re connected to. A command like “Alexa, find my keys” will get the Tile tracker on your keychain to start ringing, for example.

If that sounds familiar, it should. Apple’s AirTags, which launched at the end of April, do a similar thing. AirTags use a combination of low-power Bluetooth and augmented reality to help you find your devices (or anything else you’ve attached an AirTag to, like your keys or your luggage,) and leverages Apple’s “Find My” network, which already helps people find lost phones and laptops. AirTags and Tile trackers work in similar ways, but the addition of augmented reality sets the AirTags apart, and getting on board with a network like Amazon Sidewalk gives Tile an opportunity to move in the same direction and stay competitive with Apple’s new offering.

But will all of these suddenly-online devices eat up ambient bandwidth? Amazon says that bandwidth usage by each Sidewalk network is capped at 80 Kbps, or around 1/40th of the bandwidth used to stream a high definition video—the network won’t take up any more of your internet connection than that. What’s more, Amazon promises never to use more than 500 MB of data in a month, which is the same as streaming about 10 minutes of high definition data.

“Customer privacy and security is foundational to Amazon Sidewalk,” writes Amazon in a blog post about the service. “The Sidewalk network uses three layers of encryption to keep data shared over the network safe, and the same strong encryption standards are required for all applications and devices that use the network.”