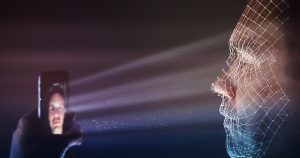 Facial recognition technology is becoming an “epidemic” across shopping centres, museums and public spaces in the UK, campaigners have warned.

Following the revelation that hundreds of thousands of visitors to the area around King’s Cross railway station in London were being covertly scanned, Big Brother Watch said other private companies had also used the controversial technology.

Owners of Sheffield’s Meadowhall shopping centre have trialled facial recognition, as have the World Museum in Liverpool and the Millennium Point conference centre in Birmingham.

Silkie Carlo, director Big Brother Watch, said: “There is an epidemic of facial recognition in the UK.

“The collusion between police and private companies in building these surveillance nets around popular spaces is deeply disturbing.

“Facial recognition is the perfect tool of oppression and the widespread use we’ve found indicates we’re facing a privacy emergency.”

Facial recognition is not currently governed by a specific legal framework in the UK, meaning that private companies can start using it without declaring the move publicly or notifying authorities.

The technology is regulated by privacy laws and the Data Protection Act 2018, which gives anyone scanned the right to be informed about how their image has been collected and used.

Ms Carlo said millions of people will have been scanned by facial-recognition cameras without realising, adding: “Parliament must follow in the footsteps of legislators in the US and urgently ban this authoritarian surveillance from public spaces.”

A spokesperson for British Land, which owns Meadowhall, said it does not currently operate facial recognition technology on any of its sites.

“However, over a year ago we conducted a short trial at Meadowhall, in conjunction with the police, and all data was deleted immediately after the trial,” a statement added.

Big Brother Watch said it was told by National Museums Liverpool, which operates the World Museum, that it is “testing feasibility of using similar technology in the future“.

But in a statement, the museum operator said facial recognition had only been used temporarily during a 2018 exhibition.

”National Museums Liverpool uses CCTV within its venues for detection and prevention of crime,” a spokesperson said.

“The organisation used facial recognition technology at World Museum when there was a heightened security risk during the in 2018. This was put in place after seeking advice from Merseyside Police and local counterterrorism advisers and was clearly communicated in signage around the venue. World Museum did not receive any complaints and it is no longer in use.

“Any use of similar technology in the future would be in accordance with National Museums Liverpool’s standard operating procedures and with good practice guidance issued by the Information Commissioner’s Office.“

A privacy notice published online by owners of the Millennium Point conference centre in Birmingham said the “sometimes use facial recognition software at the request of law enforcement authorities”.

“This facial recognition software will seek to identify individuals based on their features, ie biometric data, and may lead to criminal investigations and/or action against you,” the document says.

It said the technology was only used for the “establishment of legal claims” and when “necessary for reasons of substantial public interest”.

The information commissioner launched a probe into the use of facial recognition on the King’s Cross estate on Thursday.

“Scanning people’s faces as they lawfully go about their daily lives, in order to identify them, is a potential threat to privacy that should concern us all,” said Elizabeth Denham

“That is especially the case if it is done without people’s knowledge or understanding.

“I remain deeply concerned about the growing use of facial recognition technology in public spaces, not only by law enforcement agencies but also increasingly by the private sector.

“My office and the judiciary are both independently considering the legal issues and whether the current framework has kept pace with emerging technologies and people’s expectations about how their most sensitive personal data is used.”

The watchdog said it would not hesitate to use its powers to investigate and punish breaches of data and privacy laws “to protect people’s legal rights”.

The mayor of London, Sadiq Khan, has written to the King’s Cross Central Limited Partnership demanding information and expressing concern.

Last month, the House of Commons Science and Technology Committee said authorities should cease trials of facial recognition technology until a legal framework is established.

MPs said the lack of legislation calls into question the legal basis of the trials.