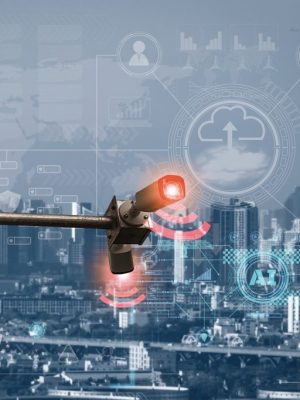 The CCP’s pervasive surveillance apparatus is a sign not of strength, but of fragility.

China is the quintessential surveillance state: cameras perch on every street corner and bots monitor every corner of the internet. Chinese officials believe these measures will enable them to anticipate and preempt threats to the regime. But might Beijing’s growing reliance on surveillance actually weaken the Chinese Communist Party (CCP)’s hold on power?

China’s surveillance network is expansive and pervasive. Chongqing, for example, holds the dubious distinction of being the “most surveilled city in the world,” with roughly one camera for every six of its 30 million residents. Facial recognition systems identify those captured on camera, instantly recording their ethnicity and party membership. The state wastes no opportunity to gather biometric data, weaponizing it against Uyghurs and others suspected of disloyalty. And on WeChat – the Chinese equivalent of Facebook, WhatsApp, and Apple Pay combined – government monitors are ever-present. At the cutting edge, Chinese officials are testing artificial intelligence-powered analytics, which purport to predict unrest before it occurs.

CCP officials assume that this web of data and analysis will safeguard the regime. Western analysts share this view: Anna Mitchell and Larry Diamond claim that China “is perfecting a vast network of digital espionage as a means of social control.” For many observers, it’s not just repression within China that sets off alarm bells. China’s exports of surveillance technology, warns Ross Andersen in The Atlantic, “could prevent billions of people, across large swaths of the globe, from ever securing any measure of political freedom.” Worrying trends, indeed.

The prevailing theory that mass surveillance will reinforce the CCP’s hold on power has intuitive appeal. But evidence from history and social science provides an equally compelling, if less obvious, case: that Chinese leaders’ monitoring of their own citizens will backfire. While we cannot predict which theory will prove true, Western policymakers should not take China’s long-term internal stability for granted. Every revolution seems surprising in the moment but inevitable in hindsight.

Limited surveys and reporting suggest that Chinese citizens are content with the status quo, but neither the CCP nor Western observers should grant them automatic credence. Under China’s overwhelming surveillance, citizens avoid political discussions or feign support for their government while hiding their true preferences.