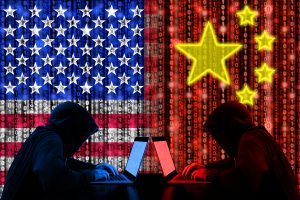 At a speech before the Hudson Institute yesterday, US FBI Director Wray denounced Chinese intelligence operations as serving Beijing’s ambitions to become the world’s dominant power. The Communist Party of China, Director Wray said, believes it’s in a “generational fight” to become the world’s sole superpower, and that Beijing’s assertiveness in cyberspace is a consequence of the strategy that flows from that belief.

Industrial espionage and attendant theft of intellectual property figures prominently in that strategy–Wray called the losses to IP theft in particular one of the largest transfers of wealth in history–but there are other dimensions to the conflict in cyberspace than this. A pervasive threat to privacy is one of these: “If you are an American adult, it is more likely than not that China has stolen your personal data. … Our data isn’t the only thing at stake here — so are our health, our livelihoods, and our security,” Wray said.

And the Bureau’s being kept busy, too. “We’ve now reached the point where the FBI is opening a new China-related counterintelligence case approximately every ten hours.”

Director Wray was quick to point out that the targets of his remarks were China’s government and its ruling Communist Party:

“But before I go on, let me be clear: This is not about the Chinese people, and it’s certainly not about Chinese Americans. Every year, the United States welcomes more than 100,000 Chinese students and researchers into this country. For generations, people have journeyed from China to the United States to secure the blessings of liberty for themselves and their families—and our society is better for their contributions. So, when I speak of the threat from China, I mean the government of China and the Chinese Communist Party.”

He outlined four major forms of Chinese government activity: economic espionage, clandestine “efforts,” threats to academia, malign foreign influence, and threats to the rule of law. As is often the case in such appraisals of the risk of foreign cyber operations, Director Wray described American openness as something adversaries seek to exploit. He concluded:

Concerns about Chinese cyber operations rise in India and France.

Chinese cyber operations have drawn increasingly strong responses elsewhere. France had, like the UK, decided to give Huawei a limited place in its 5G infrastructure build-out, but, again like the UK, that place is turning out to be more limited than Huawei would have hoped. Chinese participation in France’s infrastructure is now expected, Bloomberg reports, to top out at 13%.