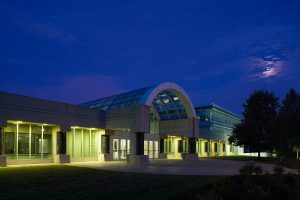 In the bowels of its Langley headquarters, a fluorescent-lit, mundane office space houses a team of about a dozen people engaged in what is perhaps the Central Intelligence Agency’s least covert mission: to make American citizens “like” the agency on social media.

An edict is posted to the wall: “Every time you make a typo….the errorists win.”

The United State’s premier intelligence agency has slowly ramped up its social media presence since joining Facebook and Twitter in 2014, creating one of the federal government’s quirkiest, creative, and controversial PR campaigns.

The aim: to dispel some of the negative press and conspiracy theories that have dogged the agency over the years by showing the public that CIA staffers are just like us.

“Demystify, educate, and then recruit,” said Candice Bryant, the 37-year-old leader of the agency’s social media team, who exclusively sat down with POLITICO to discuss the agency’s engagement strategy publicly. “There’s people who don’t realize that we have a softer side here,” said Bryant, who has been at the agency for almost 17 years. “So our audience is really the entirety of the American public.”

But not everyone thinks the CIA — with a reputation as one of the world’s most exclusive and lethal fraternities — should be chasing clout by sanding down its edges. The efforts have drawn scorn from the left and the right. Some liberals say the CIA is presenting a whitewashed version of the CIA’s history, while many on the right argue that the social media strategy is making the agency appear weak.

Bryant and two other millennial architects of the social media effort, who went only by Michael and Alexis at the CIA’s request to preserve some anonymity, sat down to explain why one of the world’s most clandestine organizations just can’t stop posting. “Share what we can, protect what we must,” said Michael, who takes the lead on the “Humans of CIA” effort.

After this piece published, the spokesperson clarified that “we currently have no plans to join.”

They argue that the CIA is just adapting to a media environment where every person and corporation is a potential publisher that can put forward a brand. “One of the reasons that we’re on social media is if we’re not talking about ourselves, other people will still be and then there’s a vacuum,” explained Sara Lichterman, a CIA spokesperson and liaison to the entertainment industry who joined the conversation at Langley. “So we have to come and tell our own story.”

The story on the CIA’s social media feeds largely omits waterboarding, drone strikes, bad WMD intelligence, failed coups, or even successful coups. Nor does it focus too much on cool gadgets, discerning Jack Ryan-esque analysts, or Jason Bourne-type spies. “You want people to be able to see themselves here, not just a certain kind of person,” explained Bryant.

That impulse hasn’t been received well by some conservatives. This past spring, Republicans including former CIA Director Mike Pompeo and Fox News’ Tucker Carlson hit the agency’s social team when it posted a video promoting the agency’s diversity.

“I am a woman of color, I am a mom, I am a cisgender millennial who’s been diagnosed with generalized anxiety disorder. I am intersectional, but my existence is not a box-checking exercise,” said Mija, a CIA employee.

Pompeo accused the agency of prioritizing “some liberal woke agenda” over national security. “When I was Director of the CIA, we valued individuals based on their talent and skill, not their race or sexuality,” he tweeted in May. “We’ve come a long way from Jason Bourne,” quipped Sen. Ted Cruz (R-Tex). Carlson altered the CIA’s logo to make it “Cisgender Intersectional Agency.”

The team was initially “panicky,” Alexis recalled, but ultimately felt good about breaking through. “We trended for like a good three days,” she said. “I just felt like we started a conversation on both sides, whether we consider it good or bad [coverage].”

Bryant added: “As long as that message of [diversity, inclusion, and equity] got out there, we’re good, right?…We need James Bond, and we have James Bond, but we also need a whole range of other people, right?”

The social media team has also drawn mockery for posting artifacts like a commemorative “Bay of Pigs Victory Coin,” which was made but never issued after the effort to start an insurrection in Cuba in 1961 famously failed. Bryant says it’s important to talk about at least some of the agency’s embarrassing moments in order to cultivate their audience. Posting only positive things, she said, “would make us look untrustworthy.”

The CIA’s outreach has also drawn skepticism from some other corners of social media. Asked about “Humans of CIA,” Brandon Stanton, the creator of “Humans of New York,” wrote in an email, “I guess anyone is free to profile their employees. But certainly would prefer them to not use the name of my work.”

CIA officials, however, believe the effort has been critical to drawing people to the agency. Lichterman said that the CIA’s incoming 2021 class is the third largest in a decade and “represents the most diverse talent pool, including persons with disabilities, since 2010.”

Still, there are risks that come with operating a social media handle representing one of the most opaque — and feared — parts of America’s national security apparatus. In 2015, the agency forgot to add hashtags or thread a tweet recounting a story from the Korean War that took place in the early 1950s. The tweet — “Analysts noted massing N. Korean forces, including tanks & heavy artillery, along the 38th parallel & evacuation of civilians from the area” — caused some brief alarm.

Lichterman said that one of their unique social media rules is: “We can’t be too jokey about international incidents.”