The best Windows 10 antivirus protection for 2021 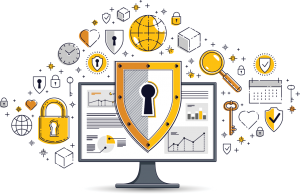 Your Windows PC needs protection against malware, and free antivirus software may be enough. Here’s the best antivirus protection for Windows 10, and what’s worth paying extra for.

An online security quiver needs plenty of arrows — a VPN to protect your internet traffic, a password manager to keep track of login credentials and an end-to-end encrypted messaging app to stop others from spying on your communications. But if you’re running Windows, that list should also include antivirus tools such as malware protection and antivirus software that monitors downloads and observes your system’s activity for suspicious behavior and malicious software.

If you’re looking for the best malware protection and antivirus software, here’s the first thing you need to know: Microsoft Defender Antivirus — the free internet security software and virus protection program that comes with Windows 10 and until recently was called Windows Defender — does a decent job of protecting your PC and offering internet security. (Amazingly, Microsoft provided no built-in protection for Windows back in the days of Windows 98 and XP.) Using Microsoft Defender for threat detection should be your starting point for the best antivirus security on Windows, and most people will find they don’t need to go any further when it comes to nailing down an antivirus solution.

However, keeping your personal data safe and guarding your privacy extends beyond virus protection, and that’s where third-party antivirus software shines. A full protection package can monitor your Windows computer as well as MacOS, iOS and Android devices and include a password manager, a VPN, parental control, secure online backup, identity theft protection, protection against phishing and malicious websites and more — all worthwhile tools that can guard your privacy and keep your data secure.

Looking for free antivirus protection, malware protection or virus detection, willing to pay for an antivirus program that offers broad internet security coverage across all your devices, including from ransomware and phishing, or need to remove a computer virus or malware from your PC right now? Here’s where to start.

Honestly, if you practice safe computing — you keep your software up to date, you use strong passwords (with the help of a password manager), you steer clear of unexpected emails and you don’t click suspicious links that may be phishing attempts — you probably can avoid zero-day attacks and ransomware attacks. And with the free Microsoft Defender Antivirus software running on Windows 10, you have a malware protection safety net if you do let your guard down. (Note that Microsoft changed the name of Windows Defender to Microsoft Defender and has expanded the service to other platforms.) This antivirus program is built into Windows and it’s turned on by default, so just let it do its thing, and this antivirus solution will cover the basics of internet security. Microsoft pushes new updates frequently. Defender also lets you tune the level of protection you want, giving you control over blocking potentially unwanted apps and protecting folders and files from a ransomware attack.

For a long time, Norton Security — now called NortonLifeLock, and no longer part of Symantec — has earned high marks from AV-Test, AV Comparatives and SE Labs for virus and malware detection. A five-device subscription for Norton 360 with LifeLock Select is normally $150, but you can sign up for $100 for the first year to get coverage across your PCs, Macs, Android devices, iPhones and iPads. (Note, we don’t think antivirus protection is terribly useful outside the Windows realm.) In addition to malware and virus protection for your computer and mobile device, this security suite provides 100GB of backup to the cloud, safe-browsing tools, a VPN, password manager, parental controls and LifeLock identity theft protection and fraud alert. While not all of those services are necessarily best in their respective class, getting them all in one package is a compelling option.

If you’d like to take a step up in securing your PC without taxing your wallet, it’s hard to beat Bitdefender’s free antivirus software for Windows 10. The Windows security software offers real-time monitoring for viruses, malware, spyware and ransomware protection. Bitdefender Antivirus Free Edition is easy to set up and stays out of your way until you need it. And the protection this antivirus product offers is solid. Bitdefender antivirus software consistently earns top marks for its antivirus protection and usability from the respected AV-Test independent testing lab. The free antivirus version covers one Windows PC. For broader protection, Bitdefender Total Security 2020 is usually $90 and available at the moment for $40 for the first year. The subscription antivirus suite lets you protect five devices (Windows, MacOS, iOS and Android), set up parental controls on a kid’s computer and run a VPN.

Malwarebytes does protect your PC from a virus or malware attack, scoring reasonably well in recent independent testing for guarding against malware threats. But that’s not really what Malwarebytes is known for. If you find yourself in trouble, the go-to disinfectant for many is Malwarebytes. You can get protection and disinfection for one device for $30 a year, regularly $40. To cover five devices — any combination of Windows, MacOS and Android — it’s $80 for a year. To get the free antivirus version, download this trial version, which “downgrades” to a no-fee on-demand cleaner with fewer features that detects and removes viruses and malware when you run an on-demand scan after 14 days.

In addition to the four antivirus apps we recommend above, a handful of other anti-malware tools are worth considering among the best antivirus protection if you find them at a better price or just prefer to use one over our picks above.

It feels like McAfee has been around forever, first on its own in the ’80s, then as part of Intel starting in 2010, and then again on its own when Intel spun it off in 2017. And it’s been around forever because quarter after quarter it creates solid, modern antivirus software that protects your PC. (Inrecent evaluations by AV-Test, it had high scores on both protection and performance.) McAfee Total Protection guards five devices against viruses and offers ransomware protection, wards off malicious websites and includes a password manager for $35 (usually $100) for the first year. If you agree to auto-renew your subscription, you get access to McAfee ID Theft Protection Essentials, which monitors for ID fraud.

Maybe not as well known to consumers because of its focus on enterprise security, Trend Micro quietly brings its business expertise to the home with its Trend Micro Maximum Security tools. Trend Micro’s software earns high marks from AV-Test — consistently scoring well for detecting zero-day attacks and widespread viruses and malware. And Trend Micro does a good job of not taxing system resources. Trend Micro’s 10-device subscription for computers and mobile devices is $90, but discounted currently at $40.

If you’re looking for something easy to set up and use, ESET NOD32 antivirus may meet your needs. It earns high scores for usability and offers solid virus protection. A five-device option is $80 for a year, with a 30-day free trial.

The free version of Sophos Home gives you virus protection for three Windows PCs — using the company’s high-scoring anti-malware tool — plus a 30-day trial of the company’s malware-removal tool. With a $45 annual subscription, you can cover 10 PCs.

Test after test, Avast’s antivirus for Windows performs well for malware detection. And we’ve included its antivirus in our list of recommended security app options before. But Avast was in the news for several months for its non-antivirus business, so we want to look at the company, specifically the reports at the end of last year that Avast allegedly collected user data with its browser plug-ins and antivirus software and then this year that it sold data it collected through its subsidiary company Jumpshot.

In response to the reports that his company gathered and sold the details of its customers’ online activities, Avast’s CEO Ondrej Vlcek said in a statement that he understood that his company’s actions raised questions of trust in his company. To address that, he said that in January of this year, Avast terminated Jumpshot data collection and will wind down Jumpshot’s operations because the data collection business is not in line with Avast’s privacy priorities.

These newer reports follow another in 2019 from Avast that its internal network was breached, possibly to insert malware into its CCleaner software, similar to an earlier CCleaner hack that occurred prior to Avast’s acquiring the Windows utility.

Avast is now saying the right things about taking its customers’ privacy seriously, but it only came to that point after reacting to investigative reporting that revealed the Jumpshot practices. (The CCleaner revelations, while concerning, were self-disclosed, which is important to building user trust.) We hope Avast’s more privacy-friendly policies mean that there will be no further Jumpshot-style activities. In the meantime, we’d recommend using one of the many other solid choices in this realm (listed above).

Because the company has been in the news the past few years, let’s talk about Kaspersky Lab — specifically about the federal ban that blocks US government agencies from using Kaspersky products.

Based in Moscow, Kaspersky Lab has for years produced some of the best antivirus software for business antivirus needs and home customers. But in 2017 the US government prohibited Kaspersky software on federal government computers because of alleged ties between Kaspersky and the Russian government.

Notably, the ban does not apply to its consumer products. But, as with China-based Huawei, the question remains: If the federal government doesn’t think the products are safe enough for its own devices, should consumers avoid them as well?

In Kaspersky’s favor, it continues to earn top scores and awardsfor virus and malware detection and endpoint protection from independent testing labs. And it’s reasonably priced.

In the end, even though no one has ever publicly produced a “smoking gun” linking the company to Russian intrigue, we think any of the options listed above are a safer bet. And, if you are a US government employee or work with the federal government, you’ll want to steer clear of Kaspersky.