IT Predictions from the Past: How Accurate Were They? 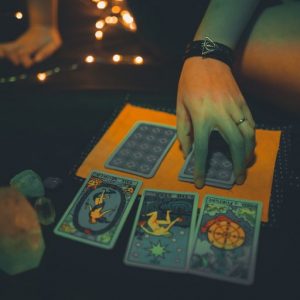 eWEEK looks back at three years ago on the conversation around automation: As the internet gets increasingly more fragile, automation–as it is in most other IT categories–becomes a big factor in making it run more efficiently. How accurate were the predictions from thought leaders?

[Editor’s note: Each December, eWEEK asks IT professionals to look ahead to the next year and let us know what important trends they see coming. We’ll be publishing these predictions again this year, so get them ready to send us! Meanwhile, periodically we look back at previous years’ predictions to see how how accurate–or inaccurate–they were. In this case, the thoughts around automation were particularly on target. Enjoy!]

Networking in 2017 encompassed far, far more technology than simply the pipes used to hold data as it moves from one location to another. It always has. In 2018, networking will evolve even more into software-controlled, artificial intelligence-fortified systems that will be thinking far ahead of humans as data moves through its veins.

Security is always a major factor here, but we’ll not focus on that aspect of networking in this article. We’ll have separate security prediction stories coming shortly here on eWEEK.

Automation, as it is in many other IT categories, is a big headline here. While major networking advancements in the last decade or so have centered around software-defined networking (SDN), earlier this year Cisco Systems launched something it calls intent-based networking (IBN), a project that likely will shape the company’s future network management roadmap.

In the IBN world, managers dictate policies and network orchestration software automatically configures and maintains the state of the network. In 2018, expect the theoretical advantages of IBN to become a reality as proof-of-concept deployments are put into action.

There were other networking advances also, including items such as faster and more powerful routers and switches, vastly improved and leaner networkware and firmware, among others. But this article is about looking at the future, and we at eWEEK have rounded up some cogent predictions from thought leaders here.

Johnny Ghibril, VP of Technology Solutions at B.Yond:
“In 2018, many operators will realize that the ROI from virtualizing their networks has failed to materialize due to increased operational complexity and poor architectural foundations. Operators will turn to AI to help solve these problems. In 2018, we will continue to see more adoption of AI, with an increased focus on the cost saving benefit for network management, service assurance and operations.”

Kris Beevers, co-founder & CEO, NS1: IoT in a bind: Legacy DNS is unprepared for real-time demands and security requirements.
“In 2018, IoT will move from evaluation to full scale deployment. In fact, 451 Group estimates there will be 10 billion IoT devices deployed by 2020. Yet today, IoT deployments are only collecting about half of the data captured by sensors, and are only analyzing about half of what is collected. As more technology processes become integrated with IoT, IT teams will be even more challenged to keep up with this data — not to mention the potential for serious disruption if these devices are not properly secured. This increase of IoT data will put even more demands on DNS infrastructure, but legacy DNS solutions based on BIND and derivatives will be unable to keep up with the real-time requirements of IoT applications, which will rely upon high velocity real-time traffic management to enable edge computing strategies that slash latency.

“The connected car driving down the street in New York cannot be waiting on a server in California to make a computation – even 200 milliseconds of latency is too slow. The solution to this distributed architecture model will be that enterprises move computing and data centers closer to the IoT devices at the edge. In turn, enterprises will increasingly rely on DNS technologies that include intelligent traffic management to direct workload across such highly distributed edge architectures. The second infrastructure concern surrounding IoT devices is that the majority of them are long lived, but not generally updatable. To connect to and receive their cloud services, IoT devices need a domain that is trusted, secure and guaranteed for long periods of time. It will be critical for these devices to leverage best in class DDoS resistant DNS and IT infrastructure to ensure the domains they are connecting to are online and secure.”

Mike Bell, EVP IoT & Devices at Canonical: Deploying LPWAN connectivity in the industrial space.
“Another trend that started building momentum this past year – and will continue into 2018 – is a greater use of low-power, wide-area networking (LPWAN). LPWAN technology can be unwired and run for a long time, with minimal power consumption. Its potential applications include heartbeat communications and predictive maintenance for industrial equipment like basement boilers, which can be otherwise difficult to reach. Typical GSM/LTE connectivity is generally dead in these scenarios; LPWAN provides better penetration and range in hard-to-reach areas, which opens the door for groundbreaking new industrial equipment use cases.”

Ron Victor, IoTium CEO: IIoT workloads will be deployed across multi-clouds.
“No longer will industrial enterprises be married to one cloud for all their workloads. Industrial enterprises are looking to move operations technology (OT) workloads to the cloud for various business insights, including predictive maintenance and analytics. Companies should look for a solution that would be able to securely and rapidly connect their legacy, mission-critical assets to greenfield applications residing on either Microsoft Azure, AWS, IBM Cloud or others. In 2018, companies that use a multi-cloud architecture such as AWS and decided that it would be faster, cheaper and more efficient running their manufacturing data/workload on Azure or other cloud provider, with the right technology, they don’t have to go through a long process to make a change. It will be easily flexible to switch and replace. Division A will have AWS, Division B will run on Azure, Division C will be their private data center, and so on.”

Paul Martini, CEO and co-founder, iboss: What companies need to know about Web Gateway in 2018.
“2018 is the year that legacy on-premises secure web gateways are going to start disappearing. They are simply unsustainable given the decentralized bandwidth demands expected in 2018 and beyond. A legacy appliance-based approach to web gateway translates to backhauling large of amounts of bandwidth to centralized web gateway appliances which is financially unsustainable and requires large IT efforts to maintain. It’s time to look for solutions that can grow with you in 2018 and beyond. The future of web gateways is available now and 2018 is the year to get on board.”

Stephanie Dismore, VP and GM of Americas Channels of HP Inc. Securing both networks and hardware will continue to be paramount in 2018.
“For channel partners, it’s no surprise that security for endpoint devices like network-connected printers and PCs is a growing concern. Equipping your customers with the best solutions, services, tools and innovation will be the key for ensuring your salesforce has everything they need at their fingertips.”

Michael Guggemos, Chief Information Officer at Insight Enterprises:  Honey, I shrunk … everything:
“Miniaturization will continue to pick up speed and bring about fundamental changes in the way we work. The advent of 5G wireless will change the way networks function, as chips inside devices become smaller and more multi-functional – acting as all-in-one devices requiring little power to operate.  They may also communicate with other sensors to “learn” what they should do via machine learning and advanced software. These low-powered, miniaturized chipsets – combined with software – will do everything from manage fleets of self-driving cars and control entire power grids to adjust a home thermostat through a phone. Organizations – and individuals – will be empowered to do more with less, continuing to shrink and reduce power requirements, and technology will become even more prolific.”

Ofer Amitai, CEO ofPortnox: Mobility of the workforce will continue to grow.
“One of the clear trends for 2018 is a rise in workforce mobility. With more employees working remotely, organizations are enjoying a significant drop in their capital expenditures (many have even given up on the physical office space), the technology flexibility it affords results in more areas of cybersecurity vulnerability that could act as a gateway for hackers into the enterprise network.”

Carolyn Raab, Vice-President of Product Management, Corsa: A new breed of security solutions called threat intelligent gateways will emerge as organizations need to stop the increasing volume of threats.
“This perimeter protection provides an opportunity for regional carriers, hosting and service providers and CDNs to create more value for their customers. Ultimately, the threat intelligence gateways will deliver better-managed network traffic and provide a powerful dynamic security perimeter that scales with threats from outside sources.”