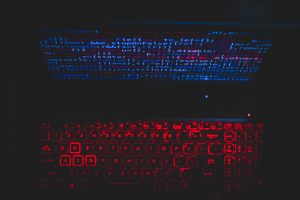 Israeli researchers have found an apparently straightforward method to fool facial recognition software — by applying conventional makeup to specific areas of the face according to a pattern determined by an artificial intelligence program.

The study, conducted at Beersheba’s Ben-Gurion University, found that when applying the computer-generated makeup pattern to test subjects, the systems were bypassed at a near 100% success rate.

Twenty volunteers (10 men and 10 women) either had makeup applied to the most identifiable areas of the face according to the heatmap generated by the software, or random makeup applied, and finally no makeup at all.

The test subjects then faced a real-world environment by walking down a hallway equipped with two cameras and a variety of lighting conditions.

With the software-designed makeup pattern, subjects were correctly identified just 1.22% of the time, compared to 33.73% with random makeup and 47.57% without any makeup applied.

“​​I was surprised by the results of this study,” Nitzan Guetta, a lead author of the study, told Vice’s Motherboard website.

“[The makeup artist] didn’t do too much tricks, just see the makeup in the image and then she tried to copy it into the physical world. It’s not a perfect copy there. There are differences but it still worked,” she added.

The study was conducted using neutral color palettes to achieve a natural look and conventional makeup techniques, which means it can be technically replicated by anyone. However, the downside to the method is that one is still very much recognizable to other humans.

view original images from this article at https://www.timesofisrael.com/israeli-researchers-bypass-facial-recognition-using-ai-generated-makeup-patterns/