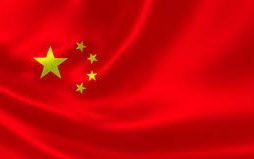 The threat from China, multi-faceted and severe, is foremost in a pack that includes Russian actions in Ukraine, Iranian nuclear efforts, and North Korea’s existing nukes, U.S. intelligence leaders told the Senate Intelligence Committee on Wednesday.

“We have now over 2,000 investigations that tie back to the Chinese government,” FBI Director Chris Wray said at the hearing. “On the economic espionage side alone, it’s a 1,300 percent increase over the last several years. We’re opening a new investigation on China every ten hours and I assure the committee it’s not because our folks don’t have anything to do with their time.”

The threat goes well beyond issues like intellectual property theft, which intelligence leaders have been highlighting for years now. It includes the covert harassment of Chinese individuals living in the United States and elsewhere, an operation that the FBI dubbed “Fox Hunt” in a series of indictments last October.

Most of Wednesday’s conversation focused on Chinese technology.

Avril Haines, who leads the Office of the Director of National Intelligence, told lawmakers that there exists “a whole series of technology sectors where China is…contesting our leadership in effect.” Much of that rapid advancement is due to China’s unique civil-military fusion strategy in which China supports technological development among commercial companies in order to use the fruits of that research for broad national aims. “There’s no question that the Chinese have an advantage,” through that, she said.

China also uses its wealth to influence other governments through strategic investments. But Haines said Chinese efforts are meeting some pushback. “I’ve had a number of calls from my counterparts” in foreign intelligence offices, she said. “You would be surprised how many are interested in talking about this issue.”

U.S. resilience to advanced cyber attacks, such as the Russian-led SolarWinds supply chain hack that affected both government and private-sector networks, also came up. Lawmakers pressed Gen. Paul Nakasone, the head of U.S. Cyber Command and the NSA about whether he needs more authorities to hunt foreign adversaries on U.S. networks, which is something the Biden administration is considering. Nakasone reiterated that he was not explicitly asking for such authorities but that agencies like his need a better understanding of what is happening across U.S. digital infrastructure.

Iran, North Korea, and Russia also came up, and in particular the recent Russian military buildupin Crimea and parts of eastern Ukraine. CIA Director William Burns said that the buildup appeared to be a bullying tactic but that it “could provide the basis for a limited military incursion as well.”

China leads a pack of threats to the United States, they tell lawmakers.