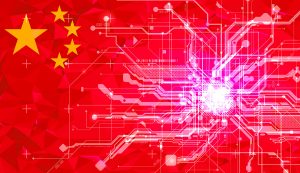 It’s been suggested that the Chinese Communist Party’s aim in Africa is to promote its model of authoritarian governance, which relies heavily on surveillance technology. Beijing’s interests in Africa vary from the continent’s rich reserves of rare-earth metals to a desire to use it as a site to secure maritime routes. The CCP’s engagement with the continent largely mirrors its sharp-power effortsthroughout South America and Eastern Europe.

In 2018, the CCP faced accusations in the media of spying on the African Union headquarters. Huawei provided much of the telecommunications, data and digital equipment for the headquarters but has denied any involvement in the alleged spying.

The deployment of AI has also presented some further—and worrying—examples of Beijing’s technological expansionism. AI-driven surveillance capabilities are easily exploited by repressive regimes and there’s no indication that the mass deployment of facial recognition technology results in meaningful protection of citizens from crime. Some suggest that surveillance diminishes individual privacy and can be used to silence dissent.

The mass deployment of AI across the continent is enabling Chinese companies to gain a competitive edge. Globally, AI is notoriously poor at identifying non-white faces, but Chinese AI is already sophisticated at identifying non-white faces within its population. Black African faces, however, are anundeveloped market. Huawei often proposes ongoing technical support to manage AI systems, possibly permitting the firm to gather and store data, and to learn en masse about black African faces and the movement of people and vehicles through cities.

The long-term effect of these data projects could mean Africa’s ongoing dependence on China and Chinese technology for policy formulation. For example, as the movement of people and vehicles is monitored and data is accumulated by Chinese firms, African policymakers will be increasingly reliant on this private market information to come up with solutions to infrastructure and transport problems. African researchers have referred to this as a form of digital neo-colonisation, perpetuating the same exploitation of Africa for which Western countries have long been condemned.

Beijing is not the only actor attempting to capture data within the continent. In Foreign Policy, the World Economic Forum’s Nima Elmi writes that Western corporations, such as Google and Facebook, are amassing African data by ‘establishing digital hubs and offering free internet access’ and by encouraging ‘more Africans to get online, use their services, and, by convenient coincidence, relinquish their data in the process’.

But Beijing’s technological expansion is particularly worrisome because of the areas it focuses on, according to ASPI’s Samantha Hoffman: ‘The ability of smart cities technologies to enhance and streamline service provision can obscure their invasiveness and advancement of political control, eliciting cooperation from users who are focused on immediate and tangible benefits rather than (typically) less immediate drawbacks.’

Some AI initiatives in Africa have provided a host of benefits with the potential to transform African economies and help achieve sustainable development goals. Examples include translation software for medical diagnosis, and virtual assistance machinery to monitor biodiversity or address medical staff shortages. The numerous nascent African initiatives should be prioritised and supported by liberal democracies to help curtail threats associated with Chinese AI.

African AI researchers and scientists have established networks to share knowledge, create ethical frameworks, and generate skills and capabilities across the continent. Direct financial support of institutions is paramount to ensure inclusive engagement of Africans in the global AI economy. Africans’ autonomous use of and meaningful contributions to AI will help prevent Beijing from using the continent to cement and further export its brand of digital authoritarianism.