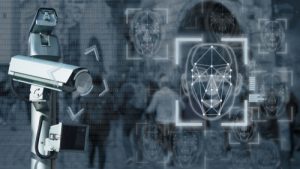 Researchers in China have developed an ultra-powerful camera capable of identifying a single person among stadium crowds of tens of thousands of people.

The 500-megapixel camera was developed by scientists at Fudan University, in conjunction with Changchun Institute of Optics from the Chinese Academy of Sciences.

Its resolution is five-times more detailed than the human eye but it is not the most high-resolution camera ever developed. A 570-megapixel camera was put to work at an observatory in Chile in 2018, however its purpose is to point skywards in the hope of observing distant galaxies.

The camera is instead built for surveillance, with Chinese state media praising the camera’s “military, national defence and public security applications”.

The camera uses facial recognition technology combined with real-time tracking to pick individuals out of a crowd, making it a useful tool for China’s already extensive surveillance network.

There are an estimated 170 million CCTV cameras currently operating in China – the equivalent of one for every 12 people in the country.

China is also rolling out some of the world’s most advanced surveillance software and hardware to keep track of its population.

Last year, the country began introducing gait recognition technology that uses artificial intelligence to recognise people from up to 50 metres away just by the movement of their walk.

Another initiative uses dove-like drones to monitor crowds from the sky.

The so-called “spy bird” programme uses flocks of robotic birds equipped with high-resolution cameras in order to secretly surveil people on the ground.

This pervasive surveillance network feeds into China’s social credit system, which gives citizens a ranking based on their behaviour.

Human rights campaigners have described the system as “chilling”, as it places restrictions on things like where people can live or travel if they step out of line.

“By rating citizens on a range of behaviours from shopping habits to online speech, the government intends to manufacture a problem-free society,” Human Rights Watch researcher Maya Wang wrote in a blog post about the programme.

“Those with low scores will face obstacles in everything from getting government jobs to placing their children in desired schools.”