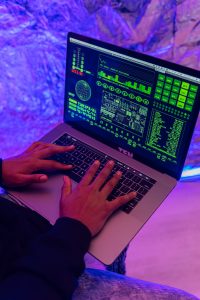 THE SHADOWY WORLD of private spyware has long caused alarm in cybersecurity circles, as authoritarian governments have repeatedly been caught targeting the smartphones of activists, journalists, and political rivals with malware purchased from unscrupulous brokers. The surveillance tools these companies provide frequently target iOS and Android, which have seemingly been unable to keep up with the threat. But a new report suggests the scale of the problem is far greater than feared—and has placed added pressure on mobile tech makers, particularly Apple, from security researchers seeking remedies.

This week, an international group of researchers and journalists from Amnesty International, Forbidden Stories, and more than a dozen other organizations published forensic evidence that a number of governments worldwide—including Hungary, India, Mexico, Morocco, Saudi Arabia, and the United Arab Emirates—may be customers of the notorious Israeli spyware vendor NSO Group. The researchers studied a leaked list of 50,000 phone numbers associated with activists, journalists, executives, and politicians who were all potential surveillance targets. They also looked specifically at 37 devices infected with, or targeted by, NSO’s invasive Pegasus spyware. They even created a tool so you can check whether your iPhone has been compromised.

NSO Group called the research “false allegations by a consortium of media outlets” in a strongly worded denial on Tuesday. An NSO Group spokesperson said, “The list is not a list of Pegasus targets or potential targets. The numbers in the list are not related to NSO Group in any way. Any claim that a name in the list is necessarily related to a Pegasus target or potential target is erroneous and false.” On Wednesday, NSO Group said it would no longer respond to media inquiries.

NSO Group isn’t the only spyware vendor out there, but it has the highest profile. WhatsApp sued the company in 2019 over what it claims were attacks on over a thousand of its users. And Apple’s BlastDoor feature, introduced in iOS 14 earlier this year, was an attempt to cut off “zero-click exploits,” attacks that don’t require any taps or downloads from victims. The protection appears not to have worked as well as intended; the company released a patch for iOS to address the latest round of alleged NSO Group hacking on Tuesday.

In the face of the report, many security researchers say that both Apple and Google can and should do more to protect their users against these sophisticated surveillance tools.

“It definitely shows challenges in general with mobile device security and investigative capabilities these days,” says independent researcher Cedric Owens. “I also think seeing both Android and iOS zero-click infections by NSO shows that motivated and resourced attackers can still be successful despite the amount of control Apple applies to its products and ecosystem.”

Tensions have long simmered between Apple and the security community over limits on researchers’ ability to conduct forensic investigations on iOS devices and deploy monitoring tools. More access to the operating system would potentially help catch more attacks in real time, allowing researchers to gain a deeper understanding of how those attacks were constructed in the first place. For now, security researchers rely on a small set of indicators within iOS, plus the occasional jailbreak. And while Android is more open by design, it also places limits on what’s known as “observability.” Effectively combating high-caliber spyware like Pegasus, some researchers say, would require things like access to read a device’s filesystem, the ability to examine which processes are running, access to system logs, and other telemetry.

A lot of criticism has centered on Apple in this regard, because the company has historically offered stronger security protections for its users than the fragmented Android ecosystem.

“The truth is that we are holding Apple to a higher standard precisely because they’re doing so much better,” says SentinelOne principal threat researcher Juan Andres Guerrero-Saade. “Android is a free-for-all. I don’t think anyone expects the security of Android to improve to a point where all we have to worry about are targeted attacks with zero-day exploits.”

In fact, the Amnesty International researchers say they actually had an easier time finding and investigating indicators of compromise on Apple devices targeted with Pegasus malware than on those running stock Android.

“In Amnesty International’s experience there are significantly more forensic traces accessible to investigators on Apple iOS devices than on stock Android devices, therefore our methodology is focused on the former,” the group wrote in a lengthy technical analysis of its findings on Pegasus. “As a result, most recent cases of confirmed Pegasus infections have involved iPhones.”

Some of the focus on Apple also stems from the company’s own emphasis on privacy and security in its product design and marketing.

“Apple is trying, but the problem is they aren’t trying as hard as their reputation would imply,” says Johns Hopkins University cryptographer Matthew Green.

Even with its more open approach, though, Google faces similar criticisms about the visibility security researchers can get into its mobile operating system.

“Android and iOS have different types of logs. It’s really hard to compare them,” says Zuk Avraham, CEO of the analysis group ZecOps and a longtime advocate of access to mobile system information. “Each one has an advantage, but they are both equally not sufficient and enable threat actors to hide.”

Apple and Google both appear hesitant to reveal more of the digital forensic sausage-making, though. And while most independent security researchers advocate for the shift, some also acknowledge that increased access to system telemetry would aid bad actors as well.

“While we understand that persistent logs would be more helpful for forensic uses such as the ones described by Amnesty International’s researchers, they also would be helpful to attackers,” a Google spokesperson said in a statement to WIRED. “We continually balance these different needs.”

Ivan Krstić, head of Apple security engineering and architecture, said in a statement that “Apple unequivocally condemns cyberattacks against journalists, human rights activists, and others seeking to make the world a better place. For over a decade, Apple has led the industry in security innovation and, as a result, security researchers agree iPhone is the safest, most secure consumer mobile device on the market. Attacks like the ones described are highly sophisticated, cost millions of dollars to develop, often have a short shelf life, and are used to target specific individuals. While that means they are not a threat to the overwhelming majority of our users, we continue to work tirelessly to defend all our customers, and we are constantly adding new protections for their devices and data.”

The trick is to strike the right balance between offering more system indicators without inadvertently making attackers’ jobs too much easier. “There is a lot that Apple could be doing in a very safe way to allow observation and imaging of iOS devices in order to catch this type of bad behavior, yet that does not seem to be treated as a priority,” says iOS security researcher Will Strafach. “I am sure they have fair policy reasons for this, but it’s something I don’t agree with and would love to see changes in this thinking.”

Thomas Reed, director of Mac and mobile platforms at the antivirus maker Malwarebytes, says he agrees that more insight into iOS would benefit user defenses. But he adds that allowing special, trusted monitoring software would come with real risks. He points out that there are already suspicious and potentially unwanted programs on macOS that antivirus can’t fully remove because the operating system endows them with this special type of system trust, potentially in error. The same problem of rogue system analysis tools would almost inevitably crop up on iOS as well.

“We also see nation-state malware all the time on desktop systems that gets discovered after several years of undetected deployment,” Reed adds. “And that’s on systems where there are already many different security solutions available. Many eyes looking for this malware is better than few. I just worry about what we’d have to trade for that visibility.”

The Pegasus Project, as the consortium of researchers call the new findings, underscore the reality that Apple and Google are unlikely to solve the threat posed by private spyware vendors alone. The scale and reach of the potential Pegasus targeting indicates that a global ban on private spyware may be necessary.

“A moratorium on the trade in intrusion software is the bare minimum for a credible response—mere triage,” NSA surveillance whistleblower Edward Snowden tweeted on Tuesday in reaction to the Pegasus Project findings. “Anything less and the problem gets worse.”

On Monday, Amazon Web Services took its own step by shutting down cloud infrastructure linked to NSO.

Regardless of what happens to NSO Group in particular, or the private surveillance market in general, user devices are still ultimately where clandestine targeted attacks from any source will play out. Even if Google and Apple can’t be expected to solve the problem themselves, they need to keep working on a better way forward.